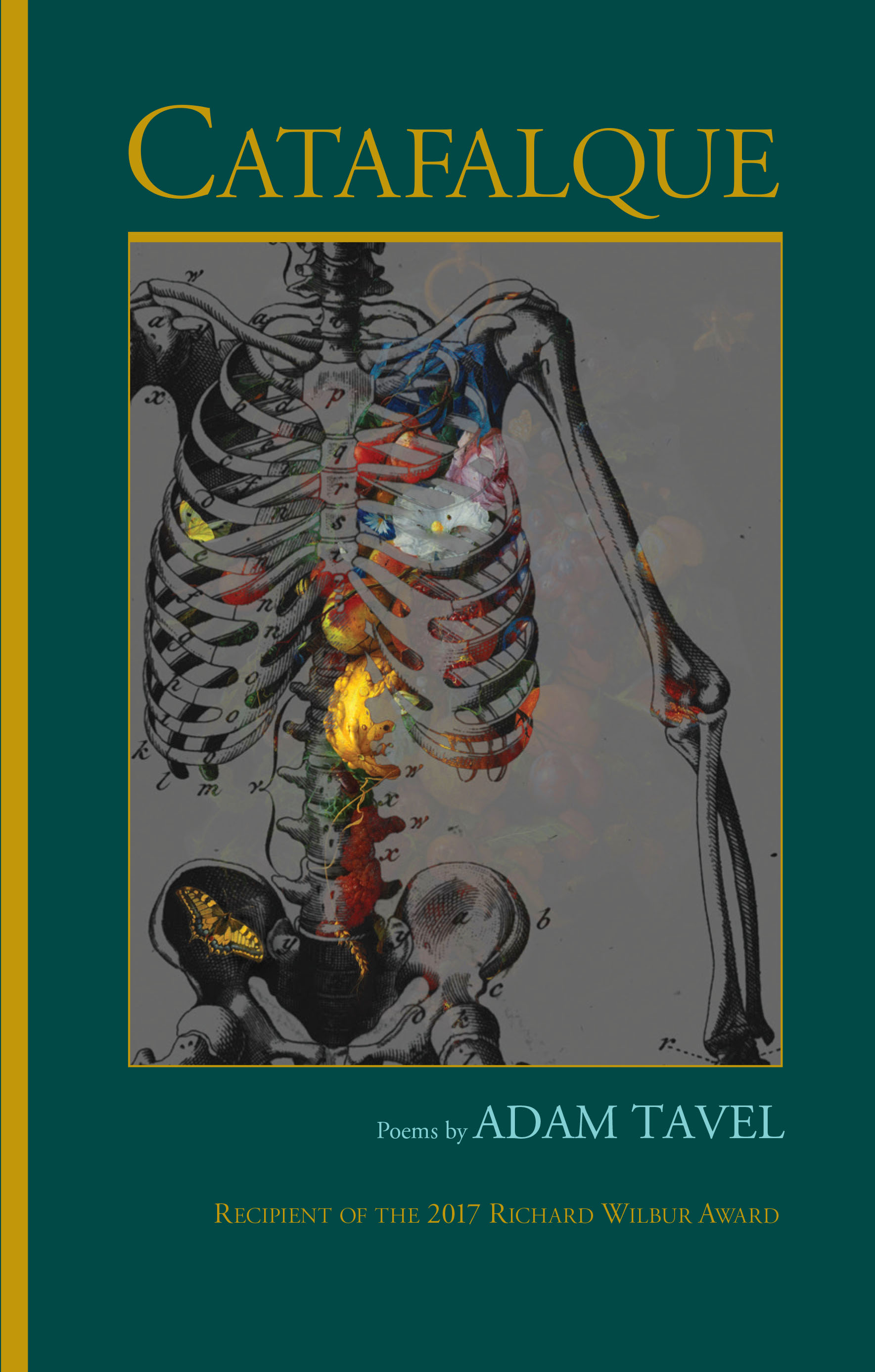 Adam Tavel was born in Clinton, Maryland and earned degrees from Lebanon Valley College, The University of Toledo, and The Vermont College of Fine Arts. He won the 2017 Richard Wilbur Book Award for his third poetry collection, Catafalque, which was recently published by the University of Evansville Press.

His other books include The Fawn Abyss, published by Salmon Poetry in 2017, and Plash & Levitation, published by The University of Alaska Press in 2015 as winner of the Permafrost Book Prize in Poetry. The recipient of the 2010 Robert Frost Award from the Robert Frost Foundation, Tavel is also the author of the chapbook Red Flag Up (Kattywompus, 2013).

Tavel is a professor of English at Wor-Wic Community College on Maryland’s Eastern Shore, where he co-directs the Echoes & Visions Reading Series. He recently received the 2018 Creative Achievement Award from his undergraduate alma mater, Lebanon Valley College, which made this brief video to mark the occasion. He served as the reviews editor for Plume from 2016-2017.

You can learn more about Adam Tavel by reading his interview with Rappahannock Review, his interview with The Fourth River, his article in The Delmarva Daily Times,his article in Lebanon Valley College’s Valley News, or his feature in the September 2015 issue of Plume. Additionally, you can listen to his April 5th, 2018 reading at the Wicomico County Public Library here. You can follow him on Twitter at @fawnabyss.